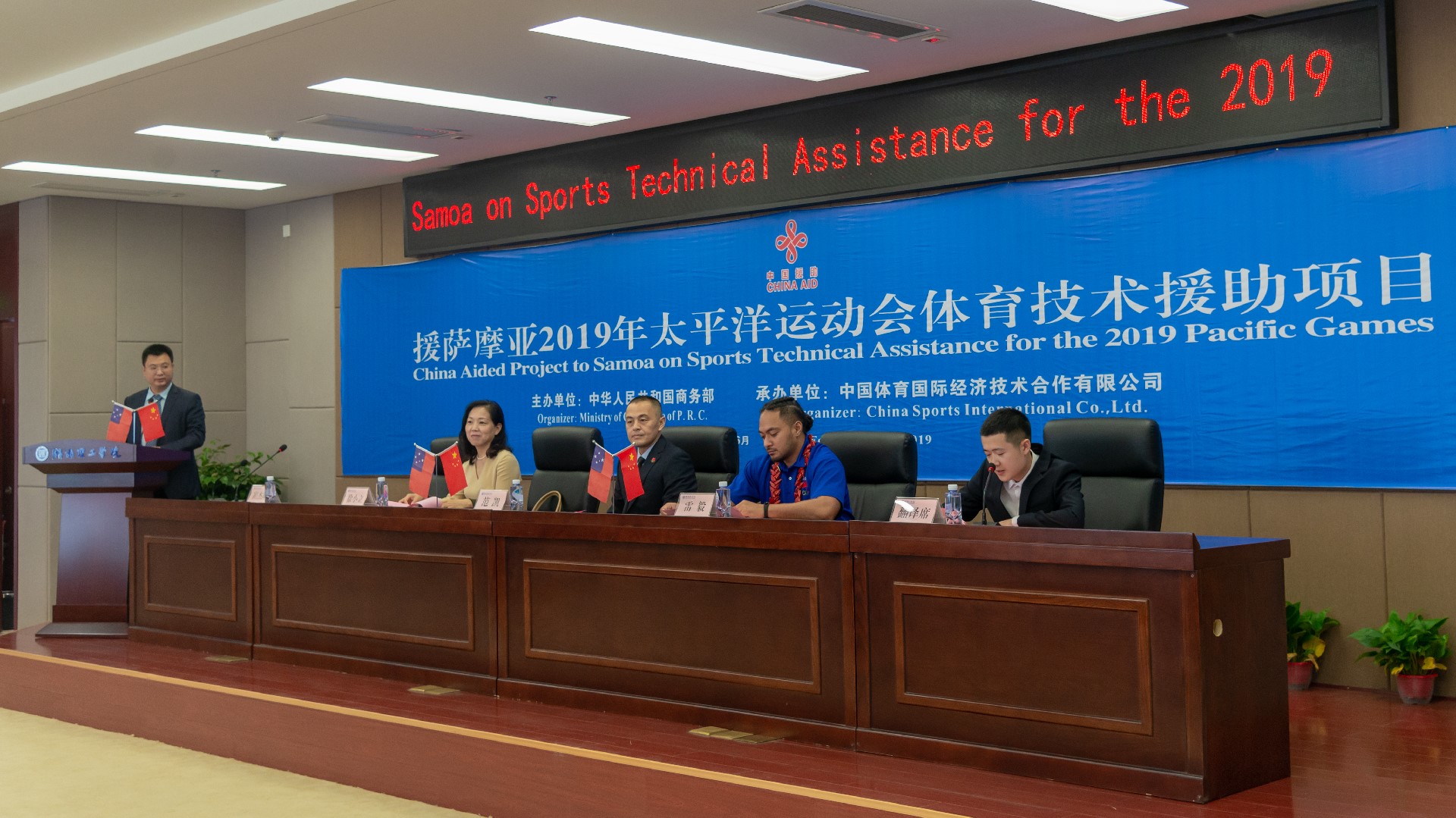 Xu Xiaoli,vice president said that this successful cooperation not only promoted exchanges in the field of sports between the two countries, but also further deepened the friendship between the two peoples. She expressed the wish that the Samoan athletes would achieve excellent results at the 2019 Pacific Games to honor Samoa and enrich the friendship between China and Samoa.

Fan Kai, assistant general manager, on behalf of China sports, showed appreciation to all units participating in the aid project. At the same time, he also hoped that the Samoan athletes could continue to strengthen their practice after returning home, consolidate the technical and theoretical achievements learned in China, spread China's "sports spirit" to the beautiful Samoa, and become the friendly envoy of the two peoples. 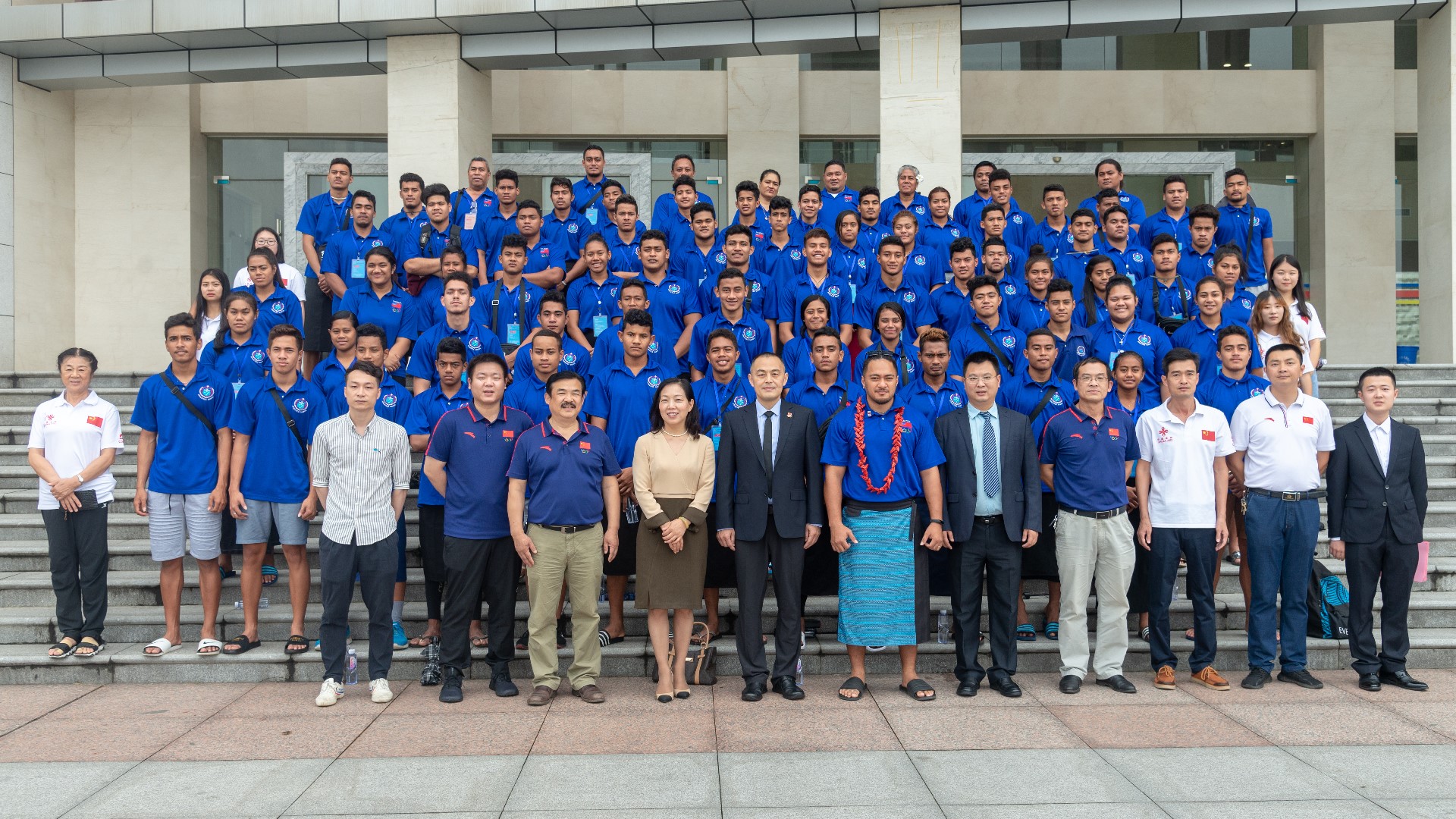 Aliilelei Parismana Esera, the team leader, expressed his thanks to them. He said that the knowledge and experience gained through training in China is not only conducive to preparing for the Pacific Games, but also conducive to other events in the future. And expressed good wishes to China.

After the meeting, representatives of China and Samoa gave gifts to each other and took photos.

"China Aided Project to Samoa on Sports Technical Assistance for the 2019 Pacific Games" is an achievement of strengthening cultural exchanges between China and Samoa to help Samoa to improve the performance of international comprehensive and individual events and prepare for the Pacific Games held in Samoa in July 2019. The project include: Samoa sent sports teams, chefs and key members of the group gymnastics performance to China for training from January to July 2019, and China sent a coach team to Samoa for teaching, a director group to assist Samoa in script development and athlete training of the gymnastics performance in opening and closing ceremony, supported materials for sports team training and group gymnastics performance in the opening and closing ceremony, and delivered the materials to Apia. Our school will also send a team of coaches to prepare for the 2019 Pacific Games with Samoan athletes. (Writer/Yuan Jie, Liu Yufang Photographer/Tu Chao, Chu Hongzhe Editor/Tian Xia Translator/Cao Lanjie)