LOCATION:    Home - News & Information - News - Content
Three Foreign Teachers were Invited to Attend the Reception of Foreign Experts for the 70th Anniversary of the Founding of the People's Republic of China
Author：   Date：2019-09-29   Visited： times

On the evening of September 27, 2019, three foreign teachers of our university, Vladimir Ganin, Elena Piankovskaia and Lee Kwang Sea, were invited to attend the reception of foreign experts to celebrate the 70th anniversary of the founding of the people's Republic of China. Han Zheng, member of the Standing Committee of the Political Bureau of the CPC Central Committee and vice premier of the State Council, attended and delivered a speech. On behalf of the Chinese government and President Xi Jinping, Han Zheng expressed sincere thanks and greetings to all foreign experts and international friends. 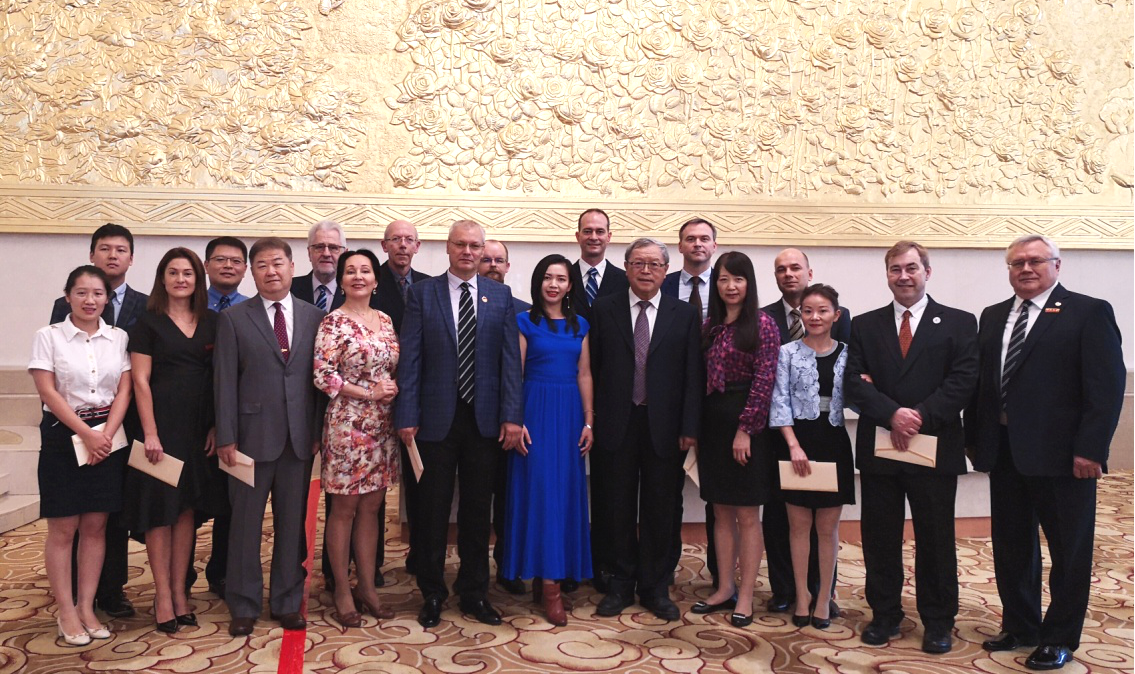 At the meeting, Han Zheng pointed out that since the founding of the People's Republic of China 70 years ago, many foreign experts have come to China to join hands with the Chinese people in the cause of modernization and made indelible contributions, which the Chinese people will never forget.

China's development has stood at a new historical starting point, and the Chinese people are making unremitting efforts to complete the building of a moderately prosperous society, to win the great victory of socialism with Chinese characteristics for a new era, and to realize the "Chinese dream" of national rejuvenation. China will adhere to the principle of "development is the primary task, talent is the primary resource, innovation is the primary motivation", energetically implement the strategy of innovation-driven development, and promote high-quality economic development. China will implement a more active, open and effective talent introduction policy, and sincerely welcome more foreign experts to come to China for innovation and entrepreneurship and talented people from all over the world to participate in the cause of China's modernization.

It is reported that Vladimir Ganin, Elena Piankovskaia and Lee Kwang Sea will participate in the National Day activities for the 70th anniversary of the founding of the people's Republic of China on October 1, 2019. (Writer/International Exchange Office Translator/Cao Lanjie)